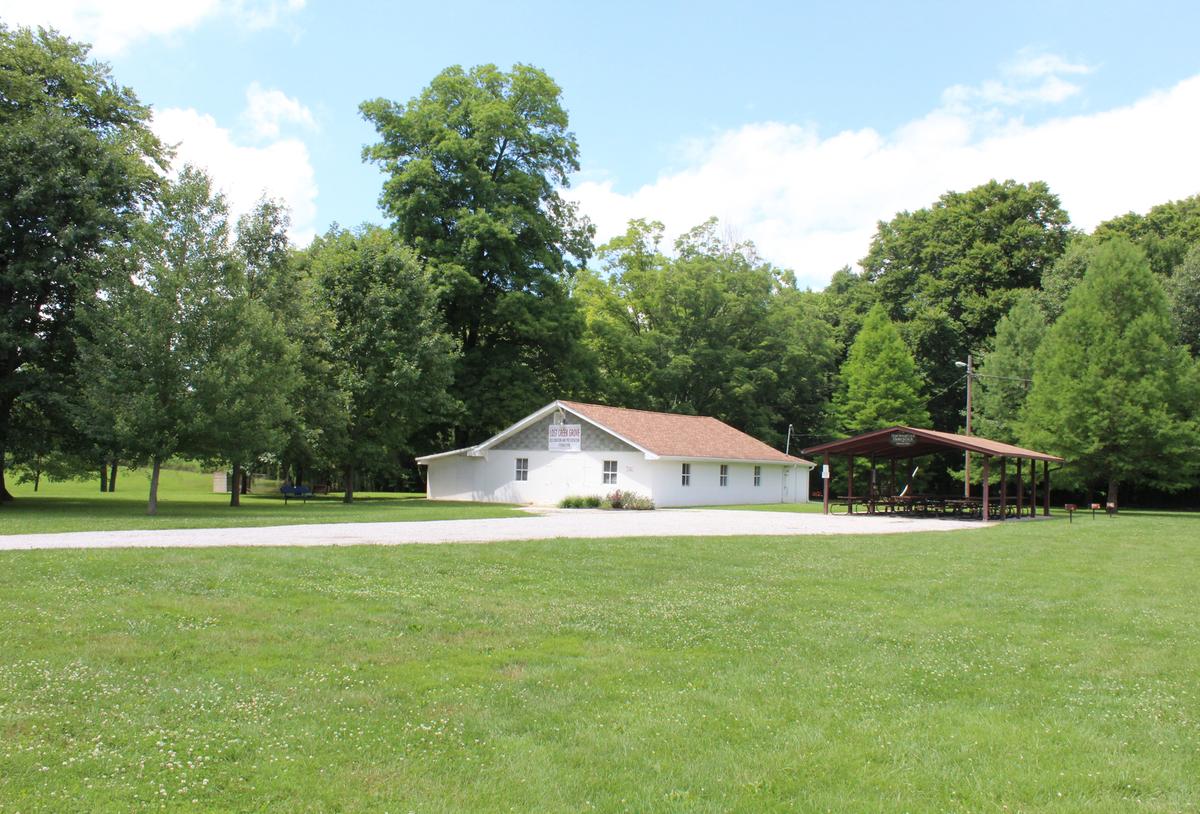 The Lost Creek Community Grove received its name from the abundance of native trees which provided a space where many ground plants couldn't survive, thus forming "a grove" or an ideal shaded area for outdoor activities. The large clear area on the east side served as the baseball field and any activities which required a large space. Lost Creek baseball teams called this their baseball park since shortly after 1900. This area serve as the only welcoming feature until the 30' x 40' building was erected in 1956 to serve as a clubhouse or indoor shelter for activities after dark or when weather conditions inhibited outdoor activities.

From tending the crops in the field, to working in the garden and tending to the animals, farm life was hard work. From the 1920's through 1940's, most of the men worked additional jobs in the coal mine or the bakery. For relaxation both men, women and children enjoyed the many activities at the Lost Creek Community Grove.

On April 5, 1946, the officers and trustees met with Nathaniel Tootle concerning the purchase of “The Hamilton Grove.” On June 9, 1946 a meeting was held at the home of Walter and Beulah Edwards to decide upon the name of the newly acquired property. It was renamed the “Lost Creek Community Grove.”

The original owner of the property was Elisha Stewart, who had given the land to his daughter, Mary A. (Maime) Stewart on March 2, 1901. She was married to Peter F. Hamilton, and they had permitted the area to be used for recreational purposes for a number of years. Because of its location of the northwest corner of the old Stop 10 Road (now North Hunt Street) and East Haythorne Avenue, it had become a popular summer recreation area for young people living in Lost Creek, Otter Creek and Nevins Townships. The six and one-half acre plot of land was purchased from Nathaniel Tootle, the widower of Mary A. Stewart Hamilton Tootle on November 16, 1946, for $500. The Warranty Deed lists Walter Edwards, Verdell Hathecock and Maynard Shepard as Trustees.

In June 1999, a Raleigh Park Shelter was erected by Standiford Cox in memory of his parents, Dovie Stewart Cox and Chester A. Cox Sr. The shelter included 8 charcoal grills and nine handicapped accessible wooden tables.